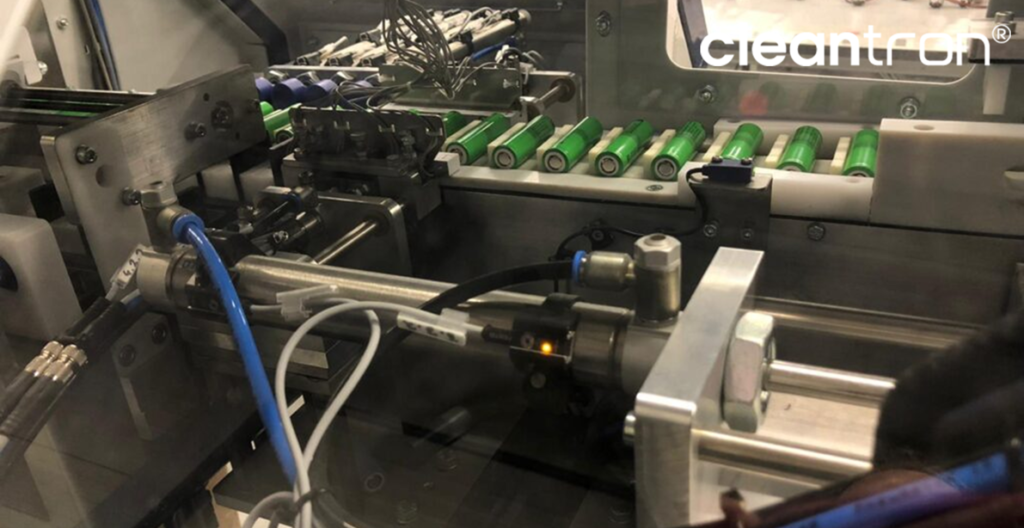 The investment for the cell test capacity

A Battery Pack Production Line has multiple bottlenecks. Bottleneck where throughput has a large impact on the total production of the line. One of these bottlenecks is the Cleantron in house developed in line Cell Testing Station. Here each individual Cell is measured to prevent that any (micro) deviation in a Cell may eventually, over time result in a failure in a Battery Module.

These tests take up valuable time, especially when handling of the Cells to and from the testing position is considered. Up to several valuable seconds are spent on testing per cell. However, speeding up these tests, or removing them all together, impacts the accuracy of the cell tests and increases the risk of faulty cells ending up in the Battery Pack.

To solve this, Cleantron has looked at their experience & insights related to production lines and cell testing. Cleantron calls this ‘Knowledge Based Working’. This experience and knowledge is noticeable in the two main aspects of the cell testing station.
Firstly, it has been decided that the number of testing positions needed to be increased to allow for a better balance between test time and handling time. This has resulted in a Cell tester with 2 parallel testing lanes, each of which has 10 testing positions. Here the benefit is that one lane can be emptied or filled during the time the Cells in the other lane are tested. This parallelism means that the Cell handling time becomes virtually non-existent for the throughput of the cells in the production line, meaning a constant flow of Cells is available for the placement robot.

Furthermore, to ensure a high testing accuracy and a short testing time to match the total throughput of the production line, a solution had to be found for the cell testing equipment as well. Based on previous experiences, an new battery measuring technology has been selected. This technology has been used earlier in our R&D department of Cleantron to great contentment. Combined with a multiplexing unit, this allows for the connection of the 20 testing positions with just one impedance measurement tester. Use one advanced impedance tester has the major positive benefit that differences in measurement-accuracy is prevented (that could occur between different channels), while still allowing for a high throughput. Finally, to maximise this throughput, an optimal testing sequence has been specifically selected to generate the most important battery data at the quickest possible time. 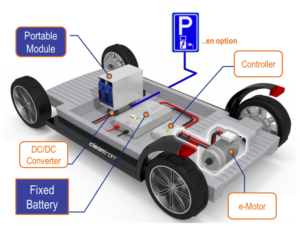